Hurricane Irma in Cabarete, Dominican Republic, what a relief!

Hurricane Irma was the largest and most powerful hurricane ever to be recorded. It passed north of the Dominican Republic Thursday, September 7, 2017. The following was our experience dealing with the storm in Cabarete. 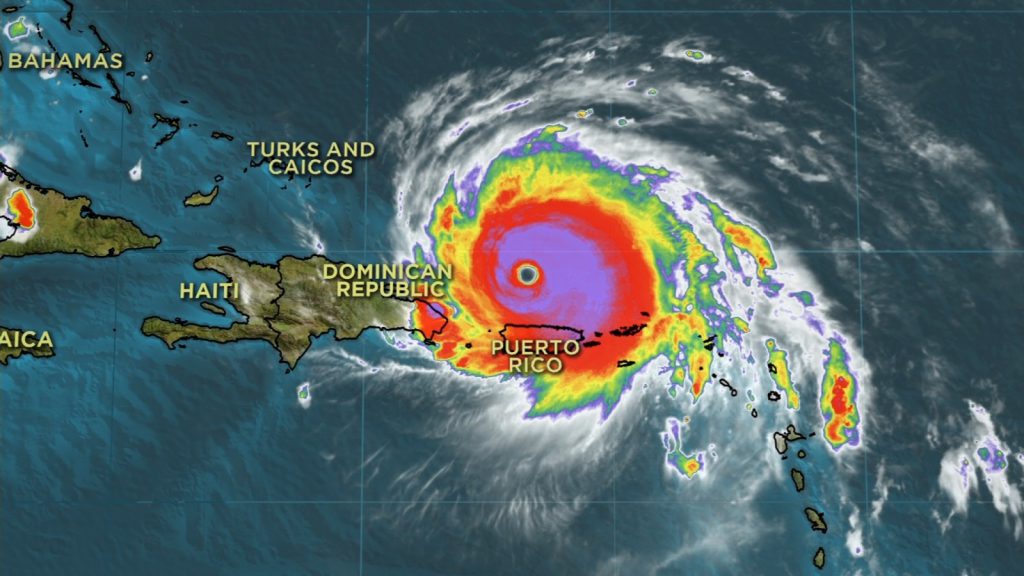 Hurricane Irma tracking towards the Dominican Republic on Wednesday, Sept 6, 2017

Hurricane Irma tracking towards the Dominican Republic on Wednesday, Sept 6, 2017

Getting Ready for Hurricane Irma

As early as Monday the Cabarete community was getting ready for the hurricane which was due to hit on Thursday September 21st. Chino surf school is located right on the beach at Playa Encuentro about 3 km west of Cabarete. With forecasts showing Hurricane Irma’s winds over 150 mph and waves over 30ft, we needed to prepare for the worst. We took out all the boards from our school and stored them in our friends trailer for safety. Big thanks to Zion Surf Cabarete for hooking us up with shelter for all the babies. We imagined we might lose our beach shack, or at the very least our thatch roof would blow away with the wind. Luckily that was not the case, everything stayed in tact and all the businesses on the beach were extremely lucky and sustained little to no damage. 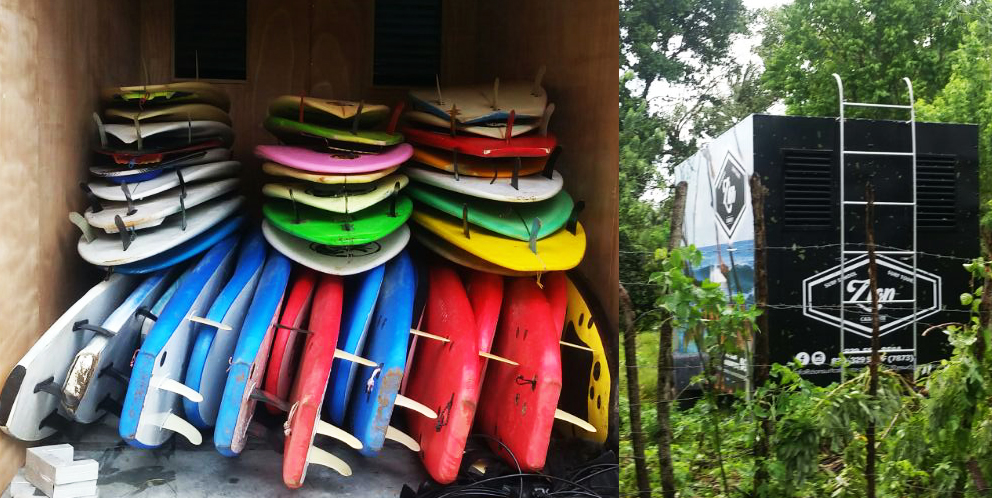 Around 12am Thursday morning the first of the powerful wind and rain bands began to hit the North Coast. People were still going out to watch the waves grow as the storm intensified. The worst of the storm was expected between 12pm-4pm as the eye passed a few miles north of our coast towards Cuba.

Hurricanes are like any other rain storm except the winds are so strong they feel like they’re shaking your home, even howling at it. They knock down trees and branches which later fly everywhere potentially breaking windows and taking down power lines. When a window breaks in a hurricane and those winds come in to a home, roofs can fly off from the combination of gusts pushing up the ceiling from inside and also beating the roof from outside.

Another danger is storm surges or flooding. Some bars and restaurants on Cabarete Beach were destroyed by Irma due to the big waves, pouring rain, and excess water that needed somewhere to go. Mudslides and flooding caused by hurricanes often destroy more property and injure or kill more people than the actual wind itself.

Some of the local riders from Cabarete got ready for Hurricane Irma by riding the swell storm by surfing the hurricane swell in the days leading up to the storm . It might sound crazy to some, but tropical storms can form huge waves that are too hard to resist for some very gutsy surfers.

The waves leading up to Hurricane Irma’s arrival to the Dominican Republic were 8-15 feet or double overhead, meaning only trained and experienced surfers were paddling out. Brandon Sandford, one of our team riders and owner/operator of Dominican Surf Trips went searching for the best breaks on the North Coast the day before the storm hit. With him was another Dominican big wave rider, Arturo Pereyra. Luckily for us The Search DR was there to photograph their epic session. For more from the storm’s swell and surfing in the Dominican republic check out @thesearchDR on Instagram.

We caught up with Arturo Pereyra who was nominated Big Wave Surfer of the Year in Dominican Republic in 2013, to ask him about his experience surfing before the storm:

Surfing can be dangerous, big wave surfing even more so. One professional Caribbean surfer sadly passed away in Barbados during Irma’s swell. His name was Zander Venezia, 16, and was surfing with other pro surfers when he was knocked over by a closeout set and hit the reef, knocking him unconscious then drowning. His death was a sad shock to the surf community and devastating for those who knew him. He was expected to represent his home country Barbados in the 2020 olympics. Peace be with him.

Below is imagery of a massive 20 ft brought in by Hurricane Irma:

During the storm, local photographer Carlos Gonzalez went out (we do not recommend anyone do this!) to photograph the waves. You can see for yourself just how gnarly and merciless these waves look below. 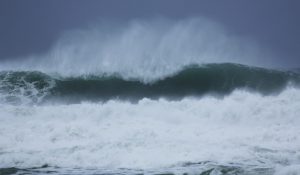 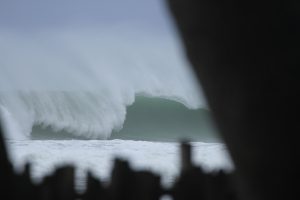 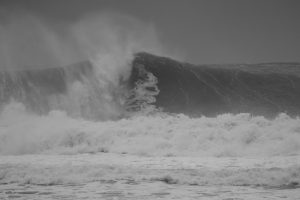 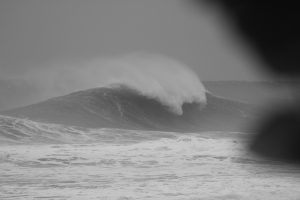 Cabarete After the Storm

The rain slowed down to a drizzle and the Cabarete community was out checking the damages and surroundings by 6pm Thursday. Our little surf beach hut was still here! And so were all the other schools on Playa Encuentro. There were branches everywhere, a few fallen trees, and on the main road some power lines went down causing power outages in that area. The sun went down and everyone was grateful to have been spared from the worst of that record breaking storm we were all anticipating.

On Friday morning waves were too messy to surf, and it was still very windy but this didn’t stop the surf community and schools from coming down to the beach to clean up all the debris. We are so grateful for all our friends who helped us out this week and for the Cabarete locals and visitors who always come through to support our home, Playa Encuentro. 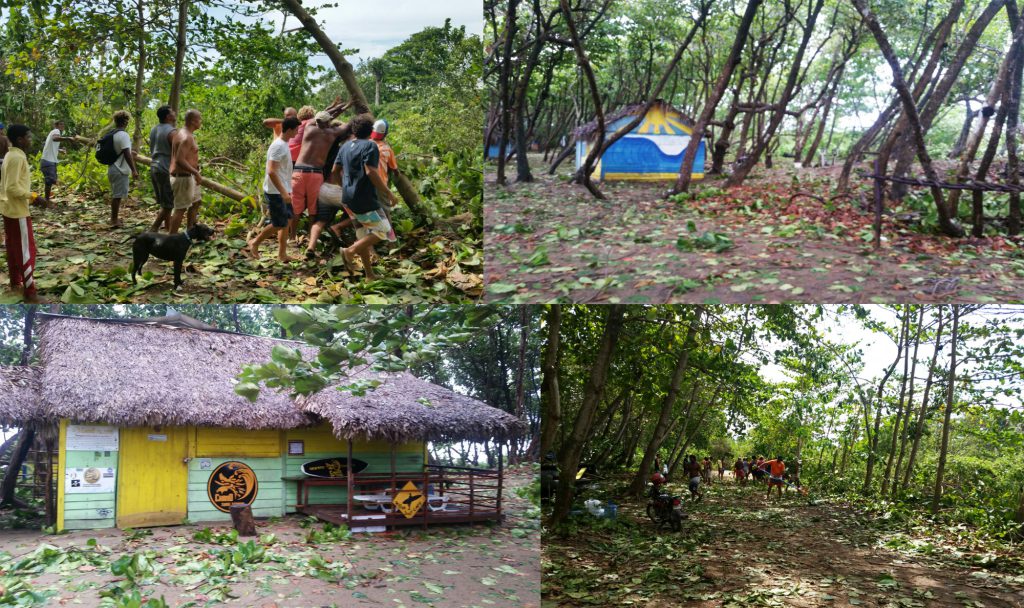