Dominican Republic Slang and Surfer Slang You Need to Know!

Every country in Latin America has it’s own Spanish slang and surfer slang terms usually created by locals or some inside joke that eventually sticks. Dominican Republic slang is no different, the slang words used here are sometimes shortened versions of other phrases, English words said in Spanish, and sometimes just a group of dudes that started saying something that caught on.

We’ve defined some of the most commonly used words and phrases in the Dominican Republic surf community here in the North Coast. 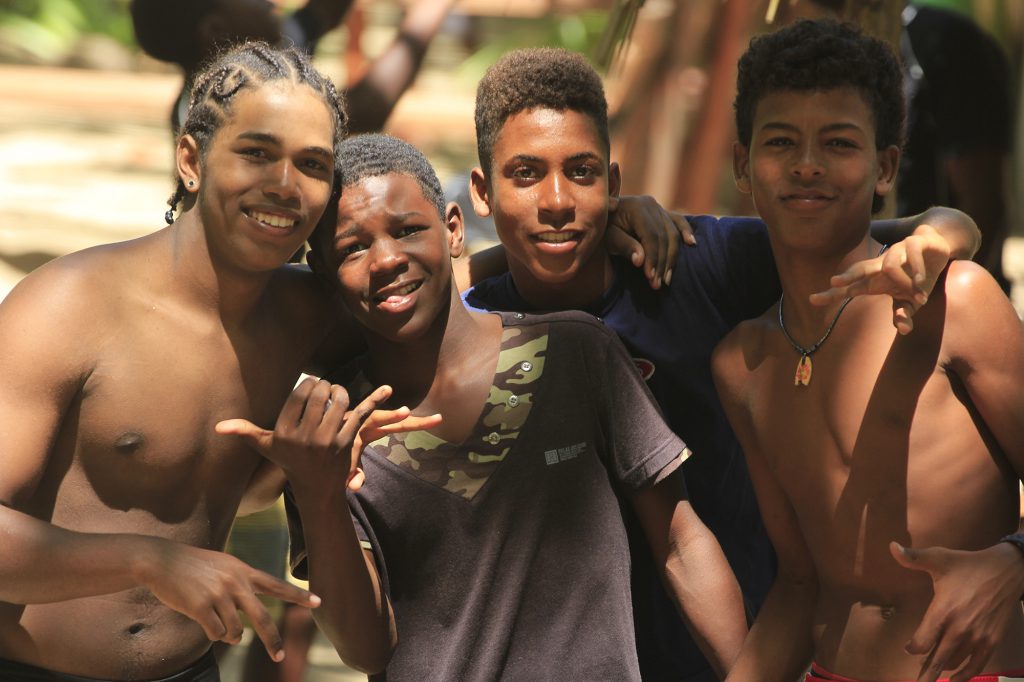 Surf slang in the Dominican Republic

The most Dominican of slang terms, it’s like “what’s up” The shortened version of this for text messaging is KLK or K lo K.

Just like “yo” this is used to call attention to someone or to yourself. Like when you’re on a wave and someone is about to drop in on you, you could scream “WEY” at them.

Esed to describe anything, a mood, a type, a thing. This is probably the most useful Dominican slang word.

No me gusta esa vaina. “I don’t like that stuff”.

Means a little or a small amount. If someone asks you at the coffeeshop if you want milk and want just a drop you would say “si dame un chin” “yes give me a little.” 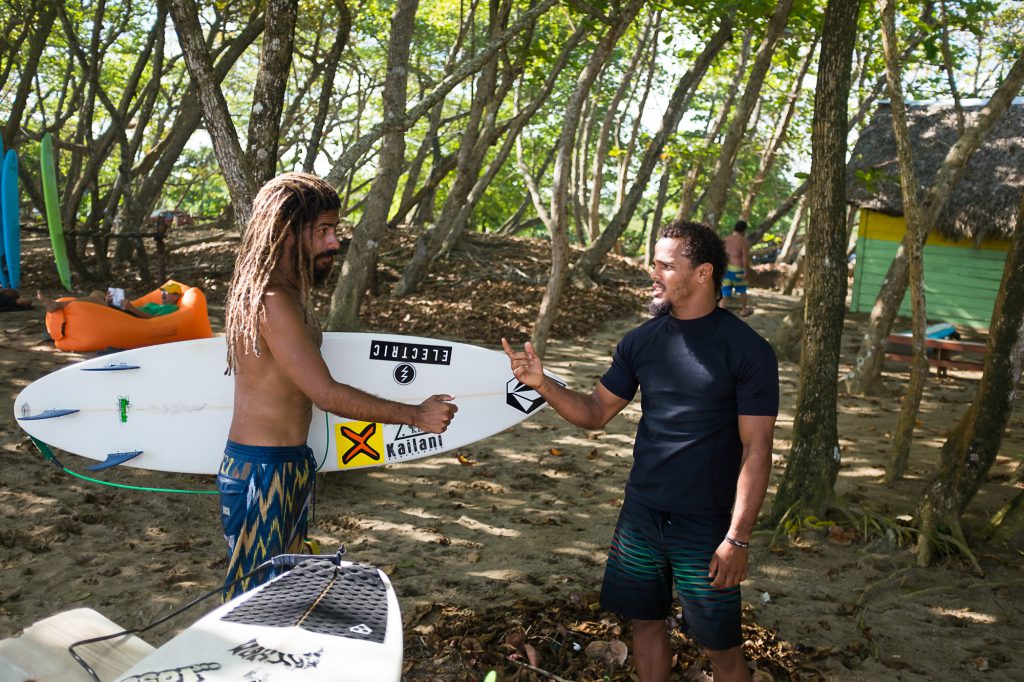 This literally means “Tell me” but Dominicans use it more like a What’s Up?

Esually pronounced dime ave, it literally means “tell me so I can see/I know” this is also like “what’s up” or “what’s happening” but more as a conversation starter. 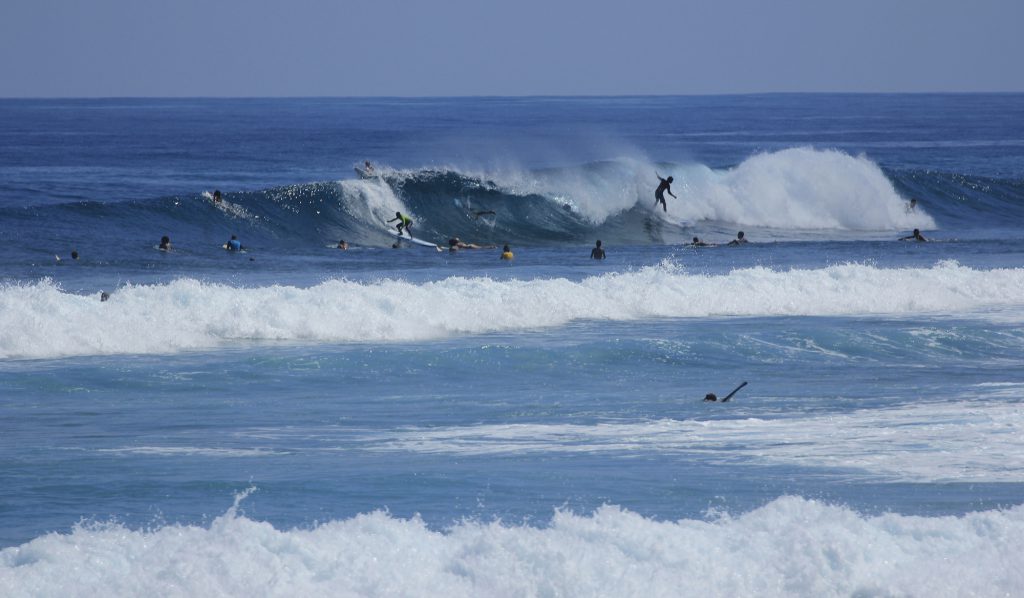 It means cured, as from a disease. Surfers use it after a great session, almost like they were sick and needed to surf and the waves fixed it. One commonly used sentence would sound like “Diablo esas olas taban buenisima toy curao” (esas olas estaban buenisimas estoy curado) “Man those waves were good I’m all set.”

This means “I’m going” and is screamed in the waves when someone is going to take off on a wave, usually if a wave works in both directions, the surfer will say voy derecha “going right!” or voy izquierda “going left!.” This phrase serves well to announce that you are taking a wave, which is one of many surf rules that should be known if you plan to venture out into the surf at Playa Encuentro.

This means “go ahead” but can also be used like “okay”.

“Look for it” sometimes you need to paddle in a certain direction to catch a wave and your friends or instructor will tell you to look for the peak by saying buscala!

when something is really really good. Usually used to describe great waves. 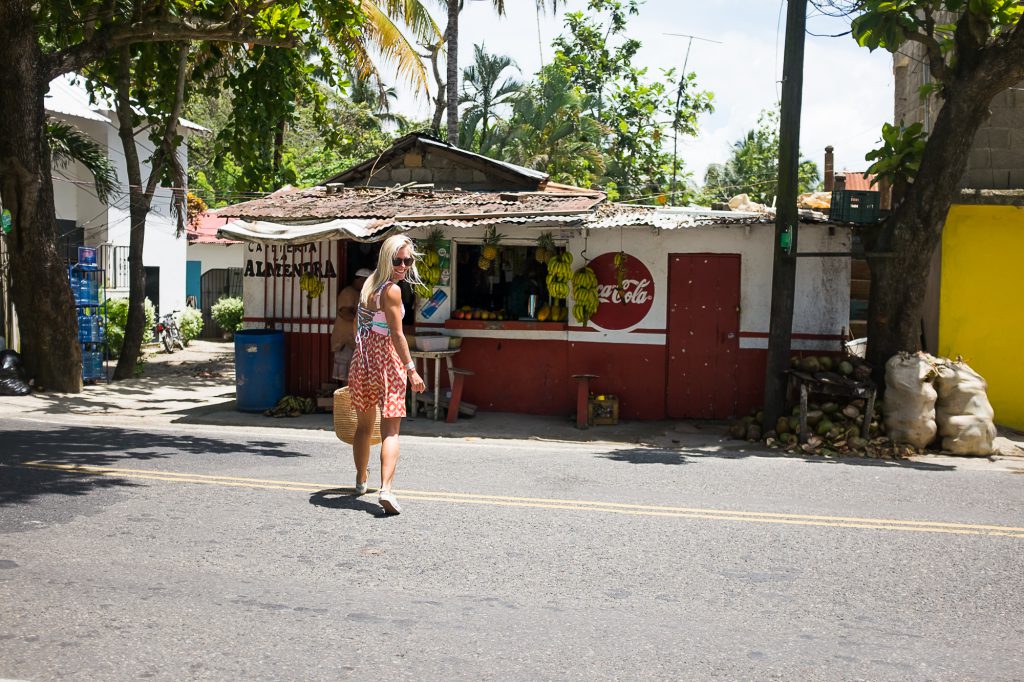 Dominican Republic slang Spanish for getting from A to B

These are little convenience stores that will sell all kinds of items, beer, toilet paper, fruits and veggies, each one has it’s own assortment.

Word for a moto taxi. If someone is sitting on their moto and you don’t know if they are working or not you would ask ta conchando? (estas conchando) “are you taxi-ing?”

Word for a bus, most typically a public bus.

Any kind of SUV is called a jeepeta

Shortened from para alla or para aca which means over there/over here. Often when you’re getting directions from someone they’ll tell you “mas palla” meaning more that way. 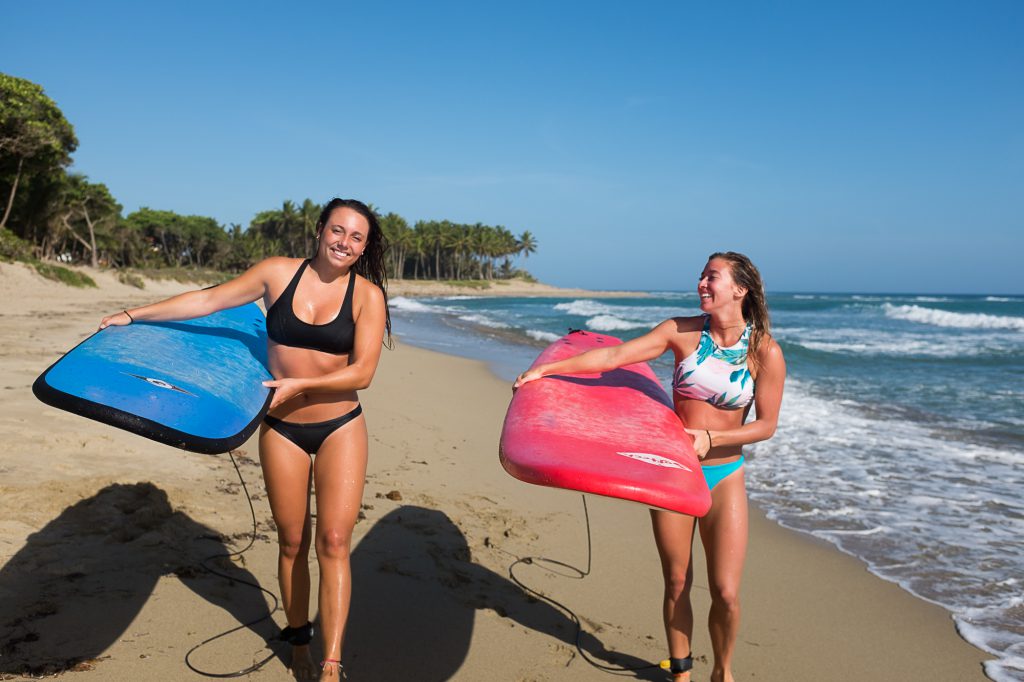 Getting friendly with Dominican slang words

People use it here in the same way people say “my bro” or “my good friend”.

It means “from my crew” affectionately just like bro, good friend. When someone like what you do or how you do it they might tell you this.

Most commonly used as girlfriend/boyfriend. Queria salir pero la jeva taba en vaina “I wanted to go out but my girl was feeling some type of way about it”.

This comes from reggaetton, meaning doggy style, it’s when you dirty dance.

this is is shortened from “esta todo” you can use it the same way you would use “okay” or “roger that” it’s a way to acknowledge something someone tells you. 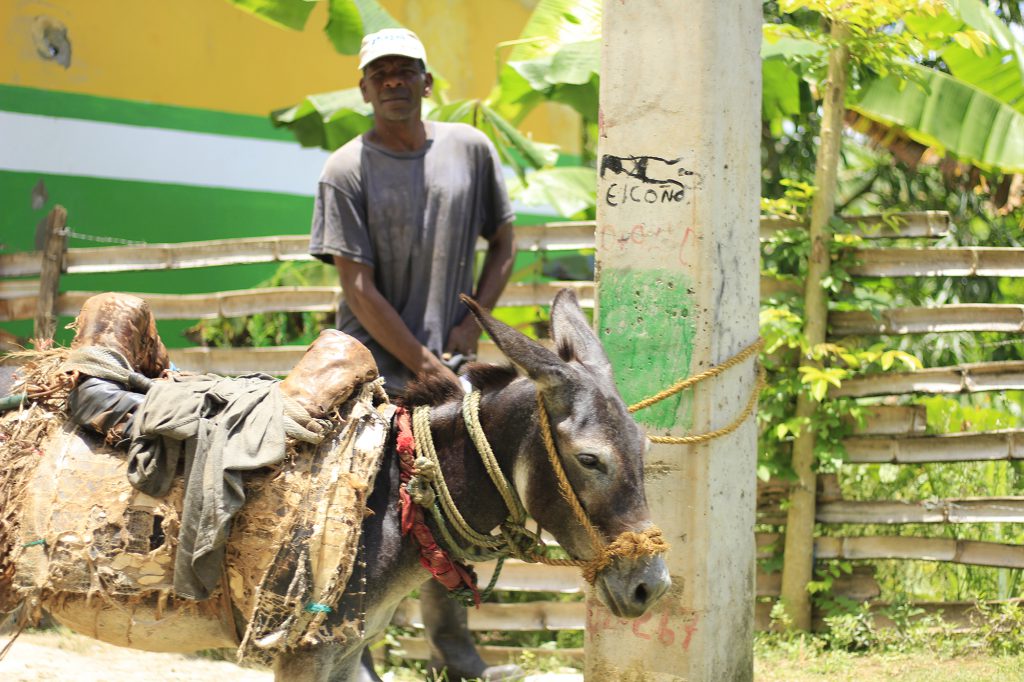 Means Tiger and is used to describe someone who is street smart or resourceful, or a hustler. This can be used in a positive way or negative way. If someone is trying to take advantage of you it would be called tigueraje if someone is a great businessman they may be called un tiguere.

Used the same way as “cool” it’s used to describe something or someone that you you like. “Esa ola taba jevi” = “that wave was good”.

Shortened form of “dicen que” which describes something uncertain and means “they said” but in DR it’s also used as in the form of supposedly or allegedly.  “dique las olas taban buenas pero no vi na” would be shortened version of “dicen que las olas estaban buenas pero no vi nada” which mean “supposedly the waves were good but I didn’t see anything”.

The first means devil and the second is a less curse word form of the first word, used the same way someone would use the english curse word “shit”.

Actually it’s esta pasado as in “they passed the line” this would be used for someone or something that really out did itself, usually in a negative way.

That’s the first of our Dominican Slang words you need to know for your surf trip. Comment below if you want us to add more!