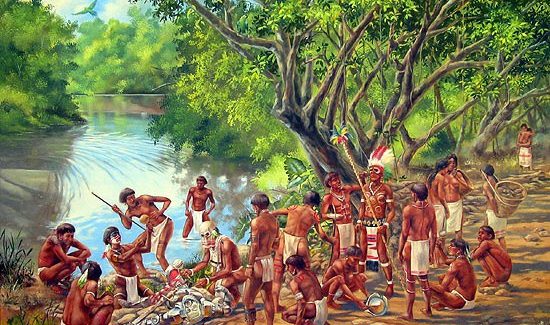 Most of what we see when studying Dominican Republic history or taking historical tours of the country starts in 1492 when Christopher Columbus first landed on the island and “discovered” the New World. What happened after that day is pretty well documented so we won’t go into that, this post is a little about the Taino People of Dominican Republic, the first people to live on and and love this beautiful paradise. 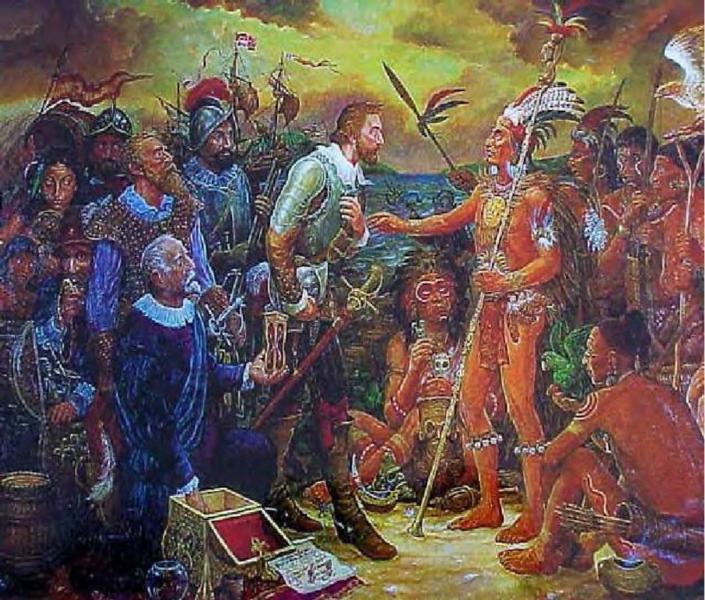 The Taino people welcomed the Spaniards with open arms

Life in Dominican Republic started long before Europeans arrived and began what historians are calling genocide of the indigenous population.  The natives were called the Taino which in their indigenous language means “good” or “noble”. Columbus however called them “Indians” because he was searching for the Indies and that’s what he thought he had found.

The Taino who welcomed Columbus originated from the Arawak people from South America, mainly Amazonians, who passed through the Orinoco Valley in Venezuela. It’s interesting that the first Dominicans came from Venezuela considering all the Venezuelans now living in Dominican Republic due to political issues in their country.

All we really know about the Taino people that inhabited most of the Caribbean was written by  three Spanish historians; as they say, “History is written by the victors.”

Before Europeans named the Island Hispaniola, natives called this tropical paradise Ayiti meaning “land of high mountains.” One of the Spanish historians added the name Quisqueya which means “mother of all lands.” Who really knows what the Taino called this land, the Europeans killed them all then wrote the story. Ayiti has been verified as a word the Tainos used, though that is not the case for Quisqueya. Nonetheless, the Dominican Republic has identified with the name Quisqueya and Haiti kept Ayiti.

Columbus really loved the Taino and described them as the best people in the world, he was amazed with their generosity, how they were always smiling, and seemed to have no bad intentions. He said “They were very well built, with very handsome bodies and very good faces….They do not carry arms or know them….They should be good servants.” 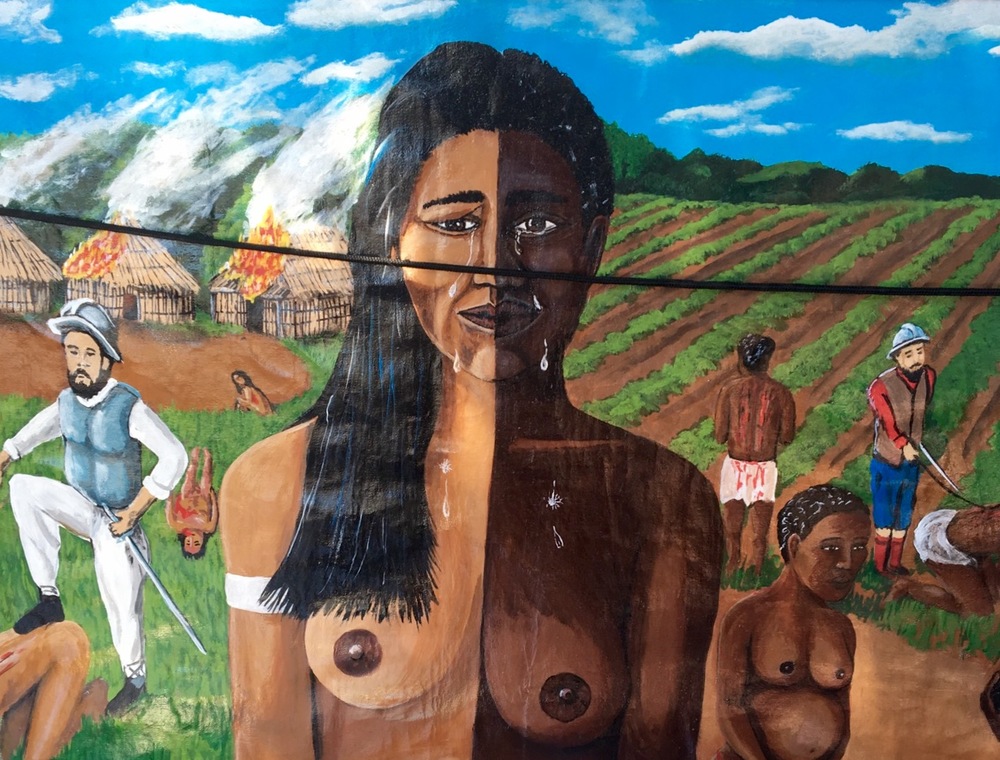 Just one decade after Columbus was welcomed with open arms by the generous people who he described as a peaceful, the Taino population was decimated to such low numbers even the Spaniards were worried. To supply large demands of labor, Columbus’s brother begged for African slaves – which he got – and that was the start of the Atlantic Slave Trade. Africans, Indigenous Taino, and European Spaniards on one island all mating and mixing created the tri-racial ancestry common among the people from Dominican Republic, Cuba, and Puerto Rico.

The Atlantic slave trade wasn’t the first time Africans made their way to this side of the world. Scholars and historians have traced African presence in the Americas as far back as 1200 BC with the discovery of the oldest advanced civilization in the Americas being the Olmecs of Mexico.

The Taino had a very organized hierarchy which consisted of three classes. There was the working class, believed to be called the Naborias, the Nitainos which included religious leaders, medicinal leaders, and those in the noble bloodline, and finally the Chiefs, called the Cacique, which was a hereditary position. 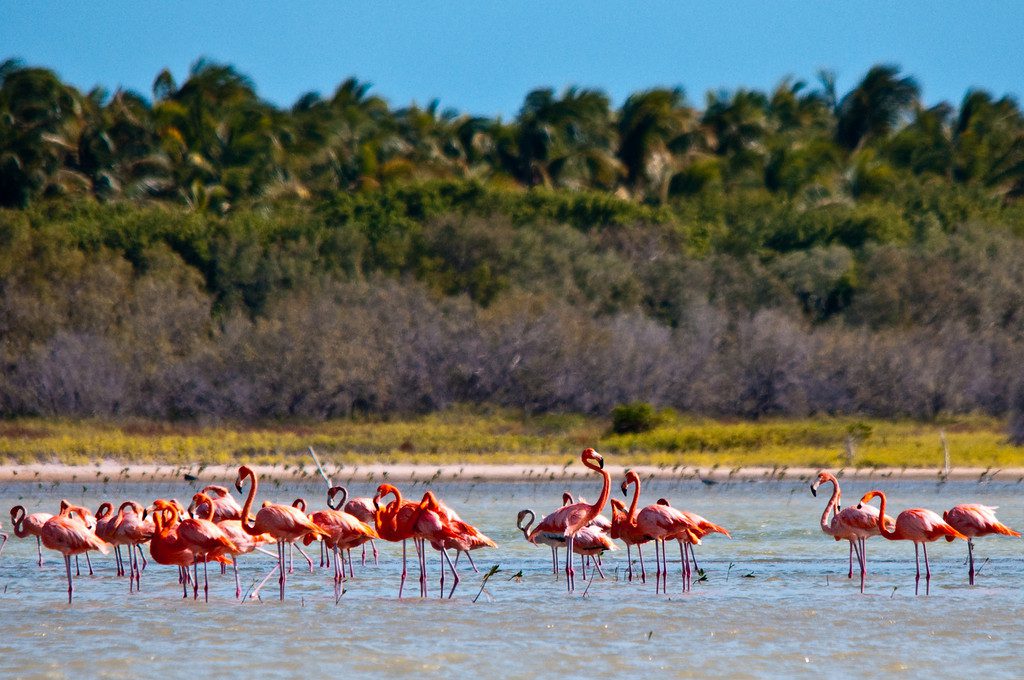 The most famous Cacique of Hispaniola was Enriquillo who may or may not have been the same person as the Cacique, Guarocuya. It is said that after Enriquillo’s wife was molested by a Spaniard, taken to court, and nothing done because it was a Tainos word against a Spaniard’s. Enriquillo led a revolt with many Tainos in the mountains of Bahoruco. Knowing the area much better than the Spaniards, the Taino were able to win their right to have property and freedom. The salt water lake in Bahoruco was named after Enriquillo and so was a local brand of club soda and tonic we love. 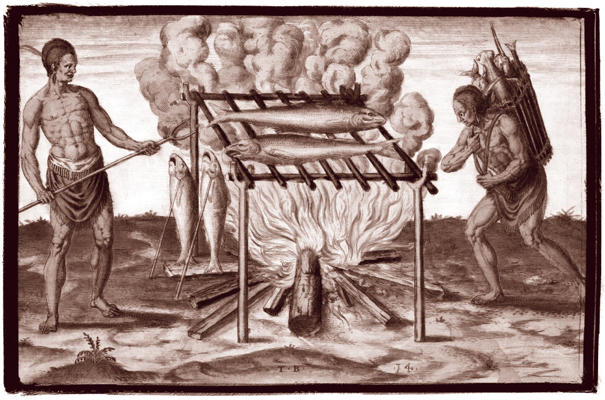 There are no known texts from the Taino/Arawak people who were the first to populate the Dominican Republic and most of the Caribbean, however there are many words and cultural influences in local art and music to have survived. Thankfully, words from customs invented by the Taino are still around today like laying in a hamaca (hammock), cooking on a barbakoa (barbeque), rowing in a kanoa (canoe), and smoking tabako (tobacco)- all great pleasures that remind us of the sweet caribbean life. Other words to have survived the Taino are: huraca -hurricane, batata -sweet potato, papaya -papaya (though here in DR we say lechosa now), and manati -manatee. The Taino also invented the rubber ball to play something like European football or soccer, and amazed the Spanish who saw it bounce and thought it was some kind of witchcraft. 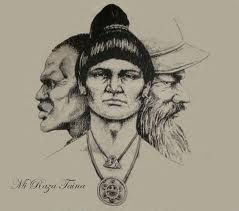 Very little survived the Tainos; only artifacts, cave art, and descriptions written by the Spanish. It’s not easy to know exactly which parts of Dominican culture were from the Spanish, Africans, or Taino. After so many years, the tri-racial ancestry and mixed culture has become a source of pride to the people of the Caribbean. We still love yuca, we dance like our African ancestors, and we speak Spanish. It’s all good, no problema.